Spices are used for flavour, colour, aroma and preservation of food or beverages. Spices may be derived from many parts of the plant: bark, buds, flowers, fruits, leaves, rhizomes, roots, seeds, stigmas and styles or the entire plant tops. The term ‘herb’ is used as a subset of spice and refers to plants with aromatic leaves.

Spices are often dried and used in a processed but complete state. Another option is to prepare extracts such as essential oils by distilling the raw spice material (wet or dry), or to use solvents to extract oleoresins and other standardized products.

Essential oils are liquid products of steam or water distillation of plant parts (leaves, stems, bark, seeds, fruits, roots and plant exudates). Expression is used exclusively for the extraction of citrus oil from the fruit peel, because the chemical components of the oil are easily damaged by heat.

Other processing options can also produce further products that can be sold alongside essential oils. The plant parts can be extracted with organic solvents to produce oleoresins, concretes and absolutes or extracted with a near or supercritical solvent such as carbon dioxide to produce very high quality extracts.

These oleoresins and extracts contain not only the volatile essential oil but also the concentrated non-volatile flavour components and these have wide application in the food and pharmaceutical industries.

The solvent extraction processes are more difficult and complex than steam distillation and will normally be beyond the financial resources of most small scale processors, but supplying the raw materials to these extraction plants can be a market option. The most important spices traditionally traded throughout the world are products of tropical environments.

The major exceptions to this group are the capsicums (chilli peppers, paprika), and coriander which are grown over a much wider range of tropical and nontropical environments. Production of spices and essential oils in these wet and humid environments brings special difficulties for crop and product management.

Drying the crop to ensure a stable stored product is of particular importance, and in wet humid environments this creates the need for efficient and effective drying systems.

In terms of world trade value, the most important spice crops from the tropical regions are pepper, capsicums, nutmeg/mace, cardamom, allspice/pimento, vanilla, cloves, ginger, cinnamon and cassia, and turmeric.

Coriander, cumin, mustard, and sesame seeds and the herbs sage, oregano, thyme, bay and the mints are the most important spice crops from non-tropical environments.

The characteristics and environmental needs of the crops dominating the global spice trade are described below.

Pepper is a perennial vine, which produces a small berry fruit, which is dried to become pepper. Pepper is a plant of the humid tropics requiring adequate rainfall and warmth for its growth. It is grown successfully between latitudes of 20° North and 20° South and from sea level up to an altitude of 2400m.

The crop can tolerate a temperature range between 10° and 40°C but the optimum is between 25°C-40°C. A well-distributed rainfall in the range of 1250mm-2000mm is considered necessary for pepper production.

Capsicums are the dried and processed fruit of these annual peppers. A rainfall of 600-1250mm is desirable. Rainfall is needed over the growing season but is not needed as the fruits ripen. Heavy rain during flowering adversely affects pollination and wetness at ripening encourages fungal spoilage.

Capsicums flourish in warm sunny conditions, require 3-5 months with a temperature range of 18°C-30°C; below 5°C growth is retarded, and frost kills plants at any growth stage. A seedbed temperature of 20-28°C is the optimum for germination.

The perennial nutmeg tree grows to a height of 20m. Nutmeg is the kernel of the seed, while mace is the net like crimson coloured leathery outer growth (aril) covering the shell of the seed. The tree requires an optimal growing temperature between 20-30°C and the annual rainfall should be between 1500-2500mm.

Cardamom is a tall growing (<5m) perennial herb and the fruit, borne on panicles at the base of the plants, is a trilocular capsule that contains 15-20 seeds. The natural altitudinal growing range is between 750-1500m while the most productive cultivated zone is between 1000 and 1200m.

The annual rainfall is usually 2500-4000mm in the monsoon belt. A temperature range of 10-35°C occurs over the production areas with a lower limit of about 17°C and an optimum temperature between 22-24°C favoured. Cardamom grows naturally in shade but will produce good yields in only partial shade if well watered.

Allspice is a forest tree cultivated to produce the dried fruit berries which are the product allspice. It grows in semi-tropical lowland forests with a mean temperature of 18-24°C and an annual rainfall of 1500-1750mm.

Evenly spread rainfall is desirable but trees will grow well with rainfall between 1200-2500mm.

Vanilla are perennial vines which produce vanilla beans. Vanilla grows well in humid tropical climates with a well-distributed annual rainfall of 1900 – 2300mm but with no prolonged dry period. A warm humid climate with temperatures ranging between 24°C-30°C is preferred with a mean close to 27°C.

The clove tree is an evergreen which grows up to 15m in height. The clove tree produces buds which are used whole or ground as a spice. Bud and stem oils and oleoresins, and leaf oil, are used principally as a source of eugenol.

Ginger rhizome is the source of the most important ginger products which are dried rhizome, whole or ground as spice with ginger oil and oleoresins used as flavourings. A well-distributed yearly rainfall of 2500-3000mm is the optimum with a minimum rainfall of 1500mm.

Ground temperatures of 25-30°C are optimum for initial rhizome growth. Frost will kill the foliage and rhizomes near the surface but altitude as such is not a constraint to ginger production.

Cinnamon and cassia spices are the prepared dried bark of the trees belonging to the genus Cinnamomum. Cinnamon is the hardiest among the tree spices, tolerating a wide range of soil and climatic conditions.

The optimum climate has an average temperature between 27-30°C and 2000-2500mm of rainfall. Cinnamon is an evergreen tree that is kept to a height of 2-3m. The soil conditions are very important, as waterlogged soil will produce a bitter cinnamon bark.

Turmeric is a plant of open forests with partial or intermittent shade desirable, although recent research has shown crop yields can be higher in open cultivation. An annual rainfall between 1000-2000mm is necessary with 1500mm being optimum.

Adequate soil moisture is the most significant factor affecting rhizome yield, the target product. Temperature is important, as the optimum varies with crop growth. High heat (30-35°C) is needed to encourage sprouting, 25-30°C during tillering, 20-25°C as rhizomes appear and 18-20°C during enlargement.

The major spice crops outside the tropical environments are the flower stigma of saffron, the fruits (“seeds”) of coriander and cumin, seed of mustard and sesame, and the leaves of bay, sage, origanum and thyme.

Saffron is a sterile hybrid and re-propagates annually by producing replacement daughter corms. The dried tri-lobed stigma of the saffron crocus flower is the commercial product.

The autumn flowering saffron grows best in Mediterranean environments with cool moist winters and hot dry summers, and under this type of environment strategic irrigation will aid flower production.

Coriander is a strong smelling annual herb extensively grown in many climates throughout the world. In commerce, coriander is broadly divided into two types according to the size of the fruit, which in turn determines the volatile oil content and end use.

The small-fruited types contain higher oil (0.5-2%), which is extracted for its essential oil while the larger fruit with a lower oil (<1%), is used for grinding and blending. The fresh leaf (cilantro) is used in Asian cuisine.

Cumin, a small annual herb native to the Mediterranean region, which is grown for its aromatic dried fruit that is widely used in cooking. Cumin prefers areas with low atmospheric humidity during the period of flowering, seed formation and ripening.

White Mustard and Indian mustard are annual or biennial herbs. They are cultivated world-wide for dried ripe seeds, and used extensively in prepared mustards or in food products.

The extracted mustard oil is also widely used as a food flavour ingredient.

Sesame, an annual herb, is now widely grown between 25°N and 25°S and can be grown to 40°N and 35°S. Sesame is grown for its seed in a wide range of environments from tropical to temperate and needs mean temperatures above 10°C and to 40°C maximum.

The plant is killed by frost and, depending on cultivar, matures within 40 to 180 days.

Join our Twitter channel (@hymeblogs) for the latest news and updates. 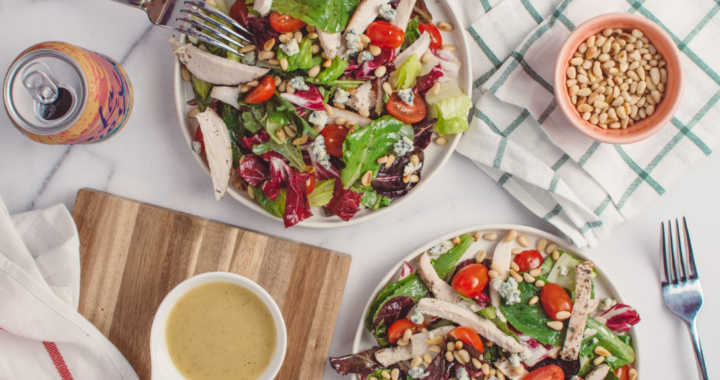 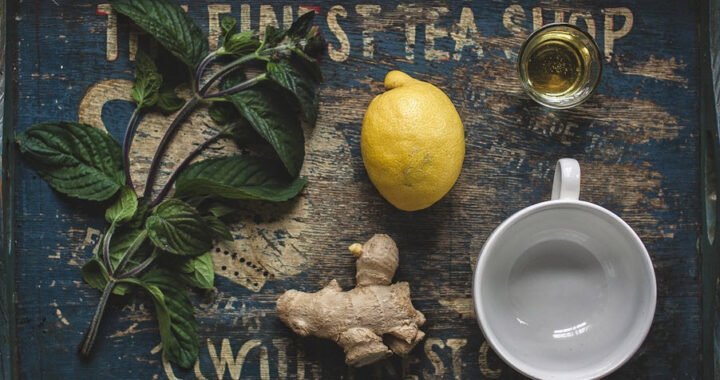 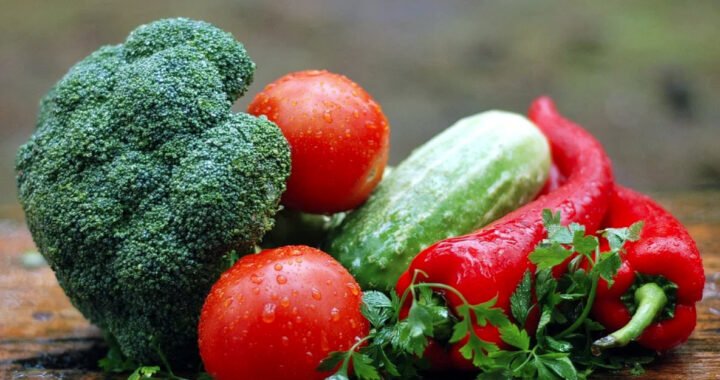 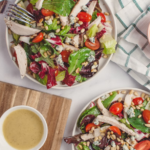 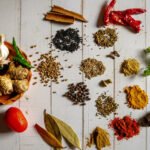 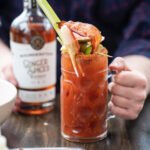 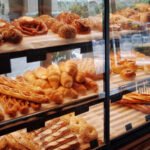 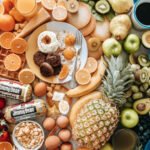 75 Best Food Quotes For People Who Love To Eat 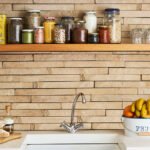 Things We Simply Can’t Live without in Our Kitchens 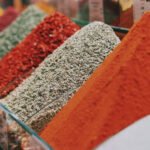 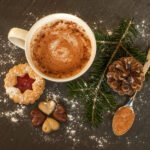 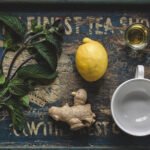 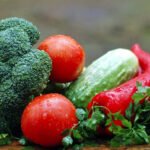 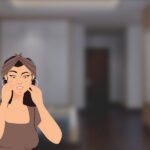 Top 5 Foods That Can Cause Acne 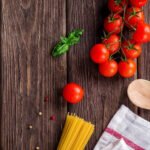 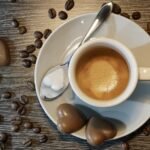 Top 5 Foods That Control Cholesterol And Keep You Always Healthy 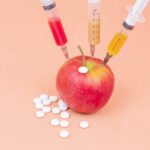 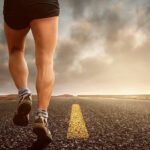 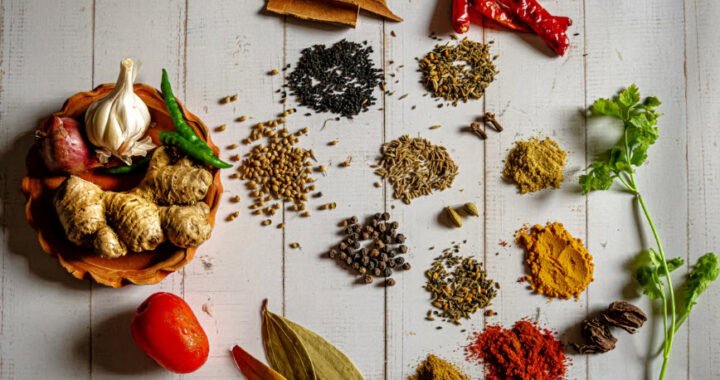 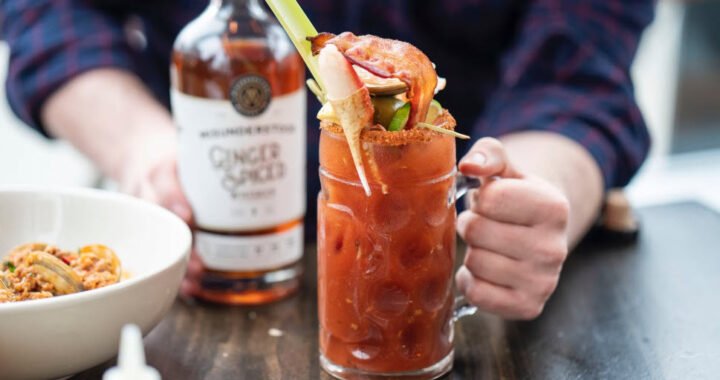 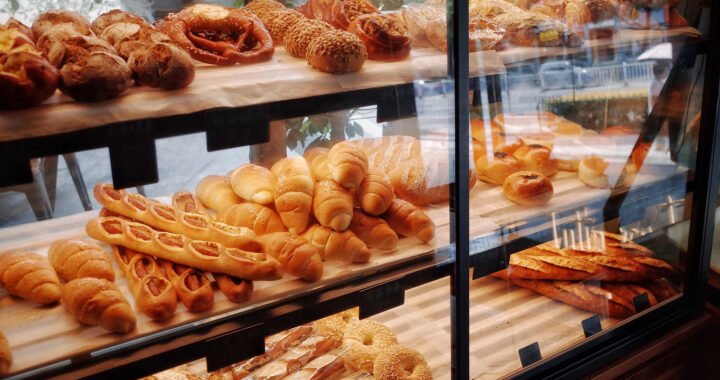